We made a fennel bed Black Swallowtail Butterfly nursery. I planted parsley and carrots in it because they also like to use it for a nursery too. We put it out near the woods and hopefully far enough from our backporch that the caterpillars will go to the woods to chrysalis.

We’ve anxiously waited for the butterflies to use the fennel bed and we worried that they hadn’t yet.
However Friday I checked the bed and I’m happy to say that there are several Black Swallowtail Butterfly eggs scattered about on the fennel. ~happy dance~

We harvested our first tomato and first bell pepper out of the garden. For us, it’s fun harvesting our veggies. We harvested a dozen yellow squash too.

Our corn is standing strong and silking beautifully. Hopefully, we’ll have a nice harvest of peaches and cream corn this year.

The rains have been a blessing, but I’m glad the forecast is clear for the next few days.

Here’s wishing you all a great rest of the weekend.

I’m sad to tell you that the wren eggs have all disappeared. They became another loss in the circle-of-life. I read that wrens will usually have a couple of broods a year. Hopefully Mr & Mrs Wren will have success with their second brood this Summer.

I’m happy to report that the wrens nest is not a dummy-nest.
The nest is a viable fully functioning nest with 5 eggs.
I’m not fast enough to get a photo of Mama Wren, but I managed to get a pretty good photo of the eggs.
I hope in the near future there will be 5 little birdies in the nest. 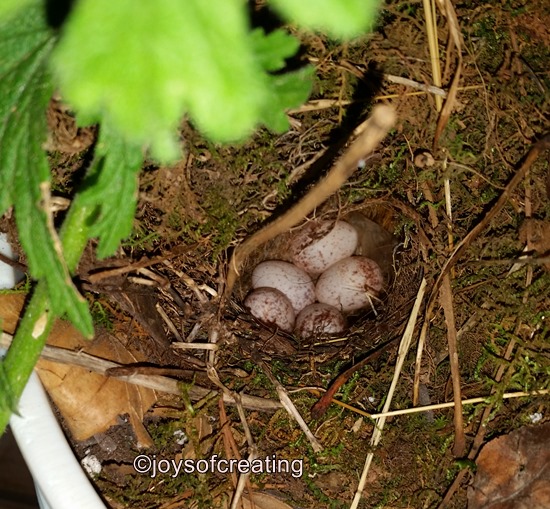 My husband harvested our first crop out of the garden: a mess of onions.
So, our gardening season is off and hopefully we’ll have lots of yummy veggies.

It’s been raining off and on the past couple days.
The world around us is turning into a grand green oasis.
I’m so happy to finally see flora and fauna flourishing.

Wishing you all a Happy Tuesday.

“Whether it’s a person, a building, or an abstract shape,
show us something that exists harmoniously with its surroundings.” 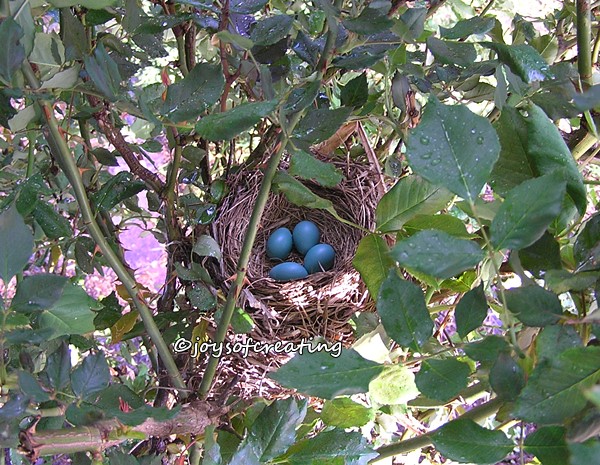 Wishing you all fun with the WP photo challenge!

Our Grandson is 15 and loves to cook.  He cooks quite a bit when he visits. One breakfast he made was what I call a ‘stacked omelet’ because the ingredients are stacked. I think they might be more like miniature soufflés or maybe a stacked soufflé.
Chef Grandson used an idea for cooking in muffin tins that he saw online. He used his own choice of ingredients and style of stacking. They baked up beautifully.

Our Grandson is an amazing young man. We’re so proud of him carrying on the family tradition of the menfolk enjoying cooking.

The breakfast was super tasty and a delightful memory we treasure.

Wishing you all many treasured memories. 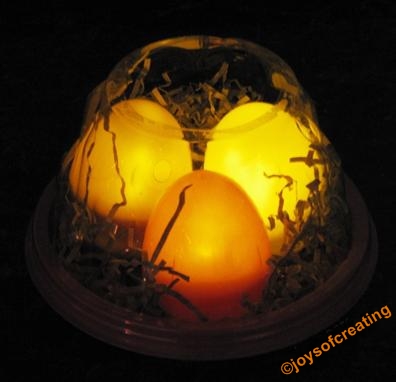 As I was going through my old blog picture/files I came across the many different holders/displays I made for battery operated tealights.
I decided not to wait til Friday to post this Flashback because Easter is coming up and this might make a fun decorating idea for someone to use. 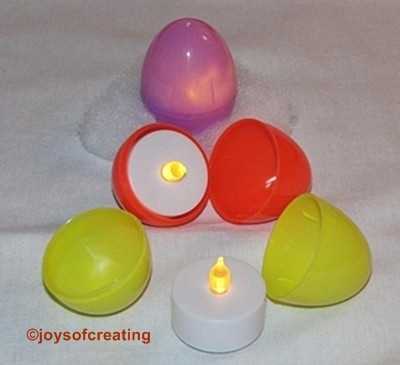 This is one of my more favorite ideas that I put together. I placed battery operated tea lights in plastic eggs. They’re such a fun inexpensive decoration.

My husband told me that I needed to drill a 1/16 inch hole in the plastic egg so the heat from the battery operated light can vent out.

So, if you decide to use this idea of putting battery operated tealights in plastic eggs, be sure to drill a hole in the eggs to help the heat vent out.

Be sure to keep an eye on the eggs and tealights in case they over heat and need to be turned off.

Here’s wishing you all a very bright
& cheery rest of the weekend.

~*~
Here’s a photo pf the battery operated tealights I use.