My husband surprised me with several skeins of red metallic yarn. He said that he thought I might want to make something pretty for Christmas out of it.
It took me a couple days to decide on a vest… then I searched for a few more days for different patterns and downloaded several of them and printed them off. I tried them and was not happy with any of them. Then it occurred to me that I can free-hand a vest using an ‘open shell stitch’. Tah – dah and that is what I did. 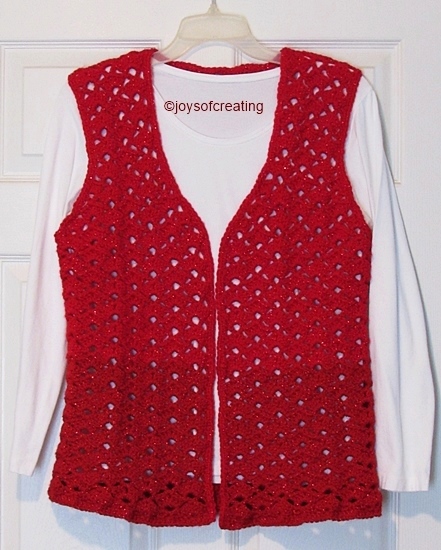 This vest looks better offline than in the photos.
This vest is a fairly good example of shades of colors. It was made from yarn bought off the same shelf… however, there is a difference that I cannot see, but cameras pick them up.
I’m thankful that, to my eyes, in real life, the vest looks like it’s all the same shade. 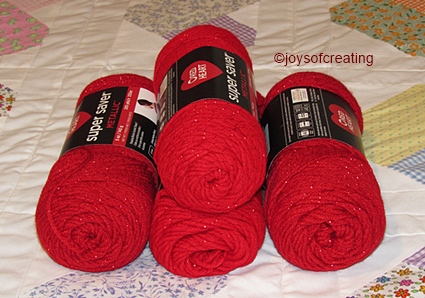 Here’s a photo of the skeins I have left. Without the photo, I can’t See the shade differences of the skeins.
Next time before I start a project, I’ll take a photo and see which skeins are shaded. (If I can remember.) 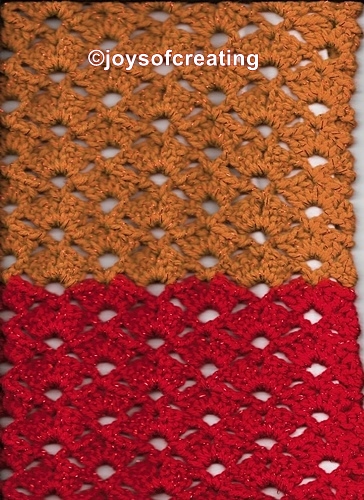 This is hilarious (to me, but I’m old and sometimes easily amused)…
I wanted to get a fairly good photo of the ‘open shells’ to show the stitch is prettier than the photos of the vest show.
So, I laid the vest into the scanner and scanned it. To my surprise, it scanned the upper part to be gold and the lower part to be red. ~hearty chuckle~

Well maybe with all these bad photos, you can get the gist of the colors and the stitch pattern. 😉

Now that some of the sunflower seeds are maturing, Mr & Mrs Goldfinch visits to enjoy a feast of them. I never tire of watching this beautiful and fun couple. 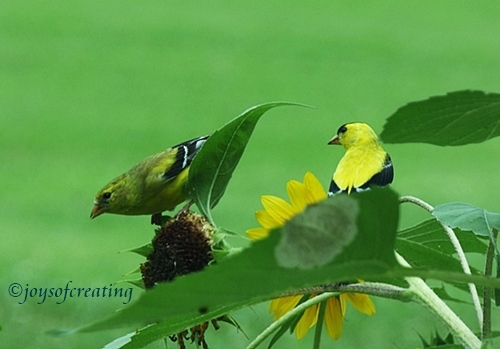 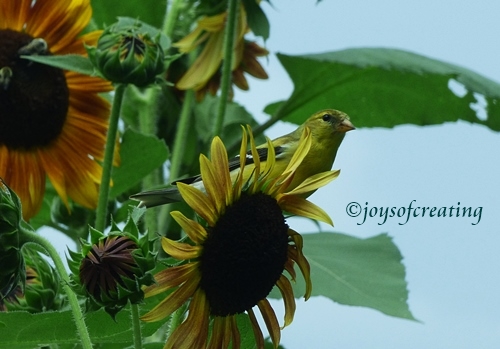 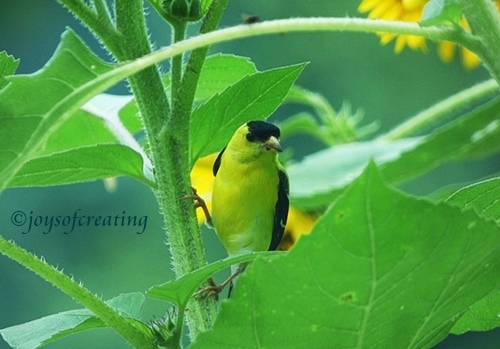 Wishing you all feasts of joy.