Talk about late bloomers, my snowball bush has produced
one lovely fluffy pretty bloom.
It’s odd, I think, but pretty neat too. 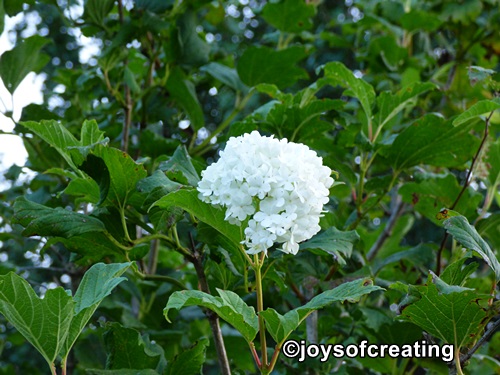 My herb garden has came a long way from when we first started it back in 2016. 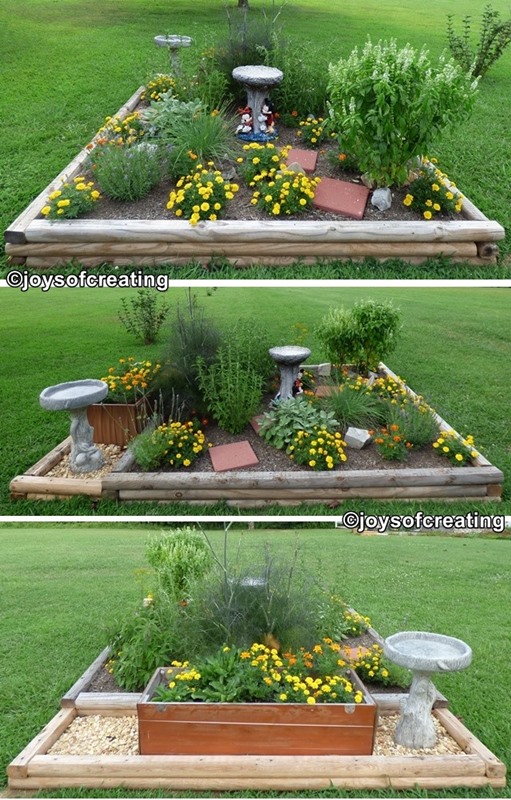 There’s nothing like homegrown tomatoes!
Yep, that’s the mantra this gardener gardens by. 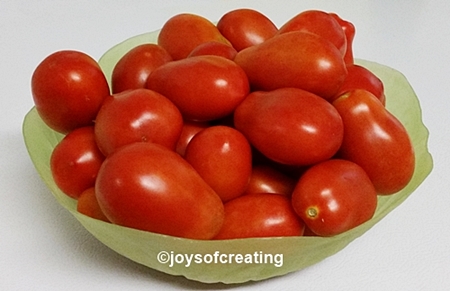 I’ve finished my ‘Joy In The Journey’ cross stitch.
I’m thinking I may make it into a wall
hanging instead of a framed wall picture.
I’m going to leave it on the frame until I decide. 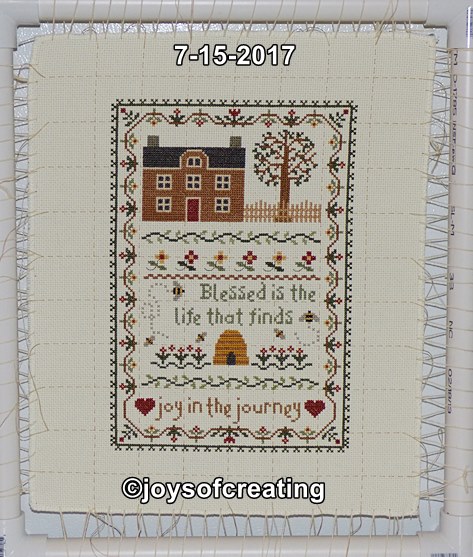 I was surfing around for movies and surfed upon a 70 episode set of ‘One Step Beyond’. I’m familiar with the series from watching a few of the episodes on a video site. I didn’t realized it was based on true stories and was even aired before ‘Twilight Zone’ came along. That impressed me and as it was reasonably priced, I bought it. I’ve not watched but a few of the episodes on the first disc. I plan to watch through the episodes in order. I really enjoy the stories. The stories do give one cause-for-pause to ponder the odd events that happen from time-to-time. 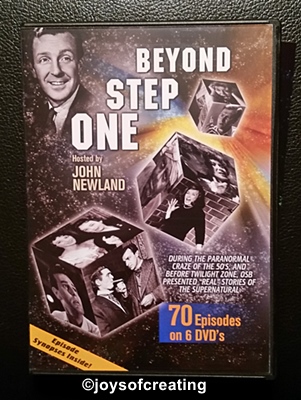 Have a great weekend!

18 thoughts on “Random Few For Friday”